Check out Jonas Friddle & The Majority TONIGHT at the Lincoln Square Ravenswood Summer Concert Series and stop by ENJOY, AN URBAN GENERAL STORE. We'll be open late until 9pm. 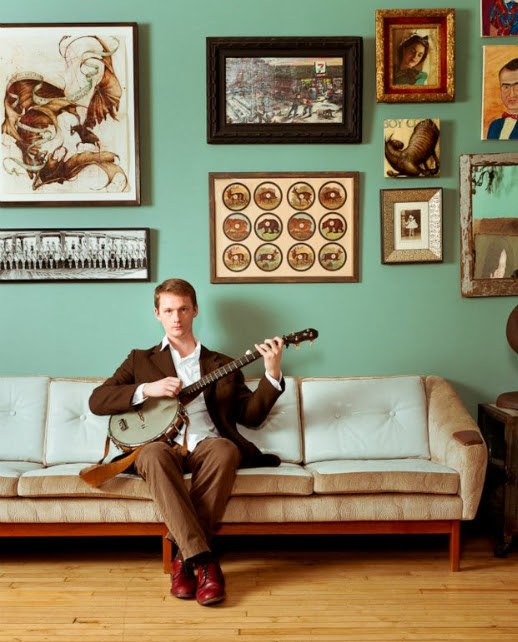 Chicago-based band Jonas Friddle & The Majority, who met one another through Windy City institution The Old Town School of Folk Music, take full advantage of their city's rich and diverse musical scene on their third album, Use Your Voice. The seven-member group plays what they've come to describe as "orchestral folk," along the lines of Joy Kills Sorrow or Lake Street Dive, incorporating trumpet, trombone, drums, and keyboard alongside traditional acoustic instruments. The result is an irresistible.

Concerts run from 6:30 - 9:00pm every Thursday June through August. For the entire Summer Concert Series Line Up, click here for the Lincoln Square Ravenswood Chamber of Commerce site.

Description and image from the Lincoln Square Ravenswood Chamber of Commerce Community E-Newsletter. Sign up today!

The #1 Reason We #ENJOYChicago is... LINCOLN SQUARE

The #1 Reason We ‪#‎ENJOYChicago‬ is...

Call us homers, but we love Lincoln Square. From its namesake president to its German heritage to its ever-evolving culture and endless list of things to do, eat, drink and celebrate, Lincoln Square offers the best of what we love about Chicago—a small town main street in the middle of a major metropolis. ENJOY opened 10 years ago in Lincoln Square. It was where we wanted to be and where we wanted grow. And we still ENJOY it. 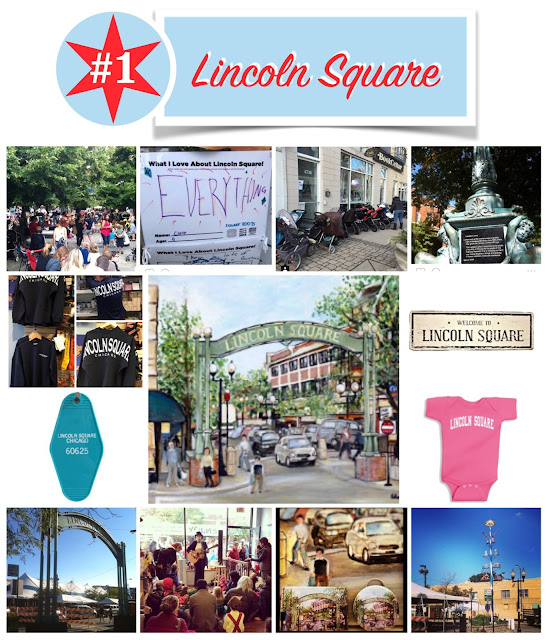 Selected items from our Chicago Natives section at ENJOY, AN URBAN GENERAL STORE and online at Urbangeneralstore.com

The city’s ubiquitous deep dish pizza, caramel popcorn, hot dogs and Italian beef sandwiches are ubiquitous because, well, they are delicious! But what makes Chicago a true food town is less about what we eat but how we eat. Chicago LOVES food, CELEBRATES food, IDOLIZES food—and rarely (with the exception of foie gras) do we vilify food. A city that devotes an entire festival to bacon knows that good food (even if it is not always good for you) is great.

Take a moment and think of a cuisine you’d like to eat–we bet you can find it in the city. In fact, you can taste the world without even leaving the neighborhood. But if you do venture out, you’ll find almost anything you’d want to eat. It is the #2 Reason We #ENJOYChicago. 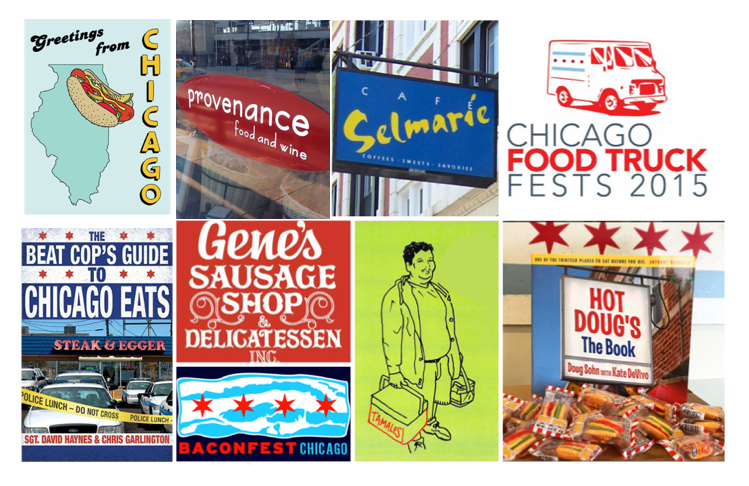 Chicago is a city that can take a possibly pejorative moniker like “Second City” and elevate it to a cultural touchstone. Any city that has only 3 months of nice weather better have a sense of humor and enjoy indoor activities–and Chicago does. Home to sketch, improv and drama giants, New York and Hollywood have been luring away our greats for decades. But like the leaves that must fall for an annual to rebloom, you can bet the next big act is blossoming now... quite possibly right in your neighborhood!

Here are a few great shows, acts and theaters that are nearby, around the corner and/or close to home. They are great examples of the #3 Reason We #ENJOYChicago–Comedy & Theater. 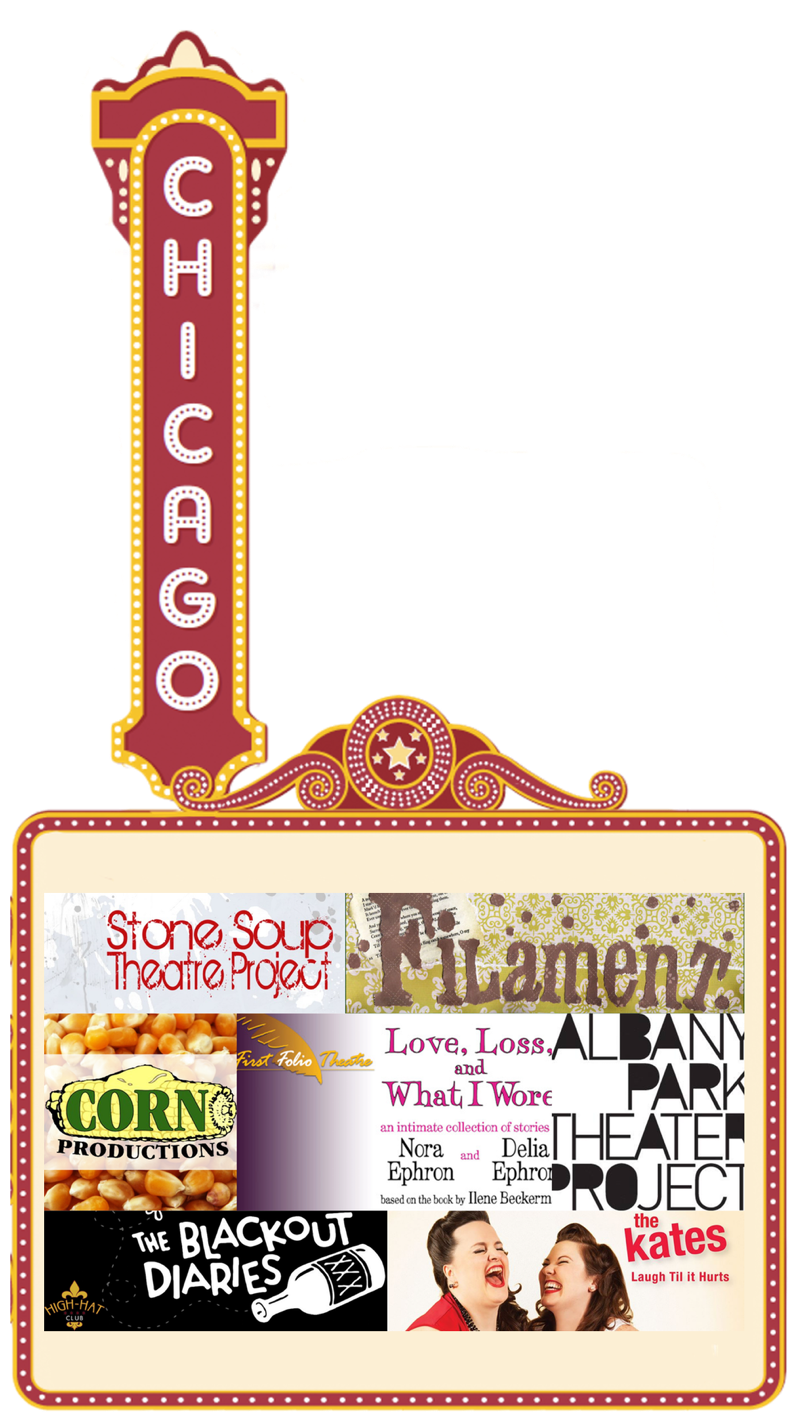 Not pictured:
"Other Hands" at the Linchpin Theatre

Chicago is the city of no small plans. From a towering skyscraper to a sturdy brick bungalow, the City of Big Shoulders stands taller on its buildings. In Chicago, art and architecture combine to celebrate the everyday and the extraordinary.

It’s the #5 Reason We #ENJOYChicago. 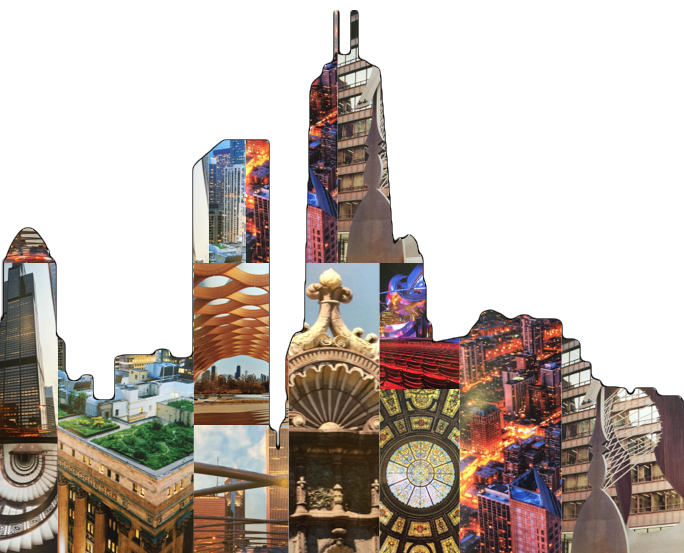 All images from “Cool Chicago” by Kathleen Maguire.
No comments: 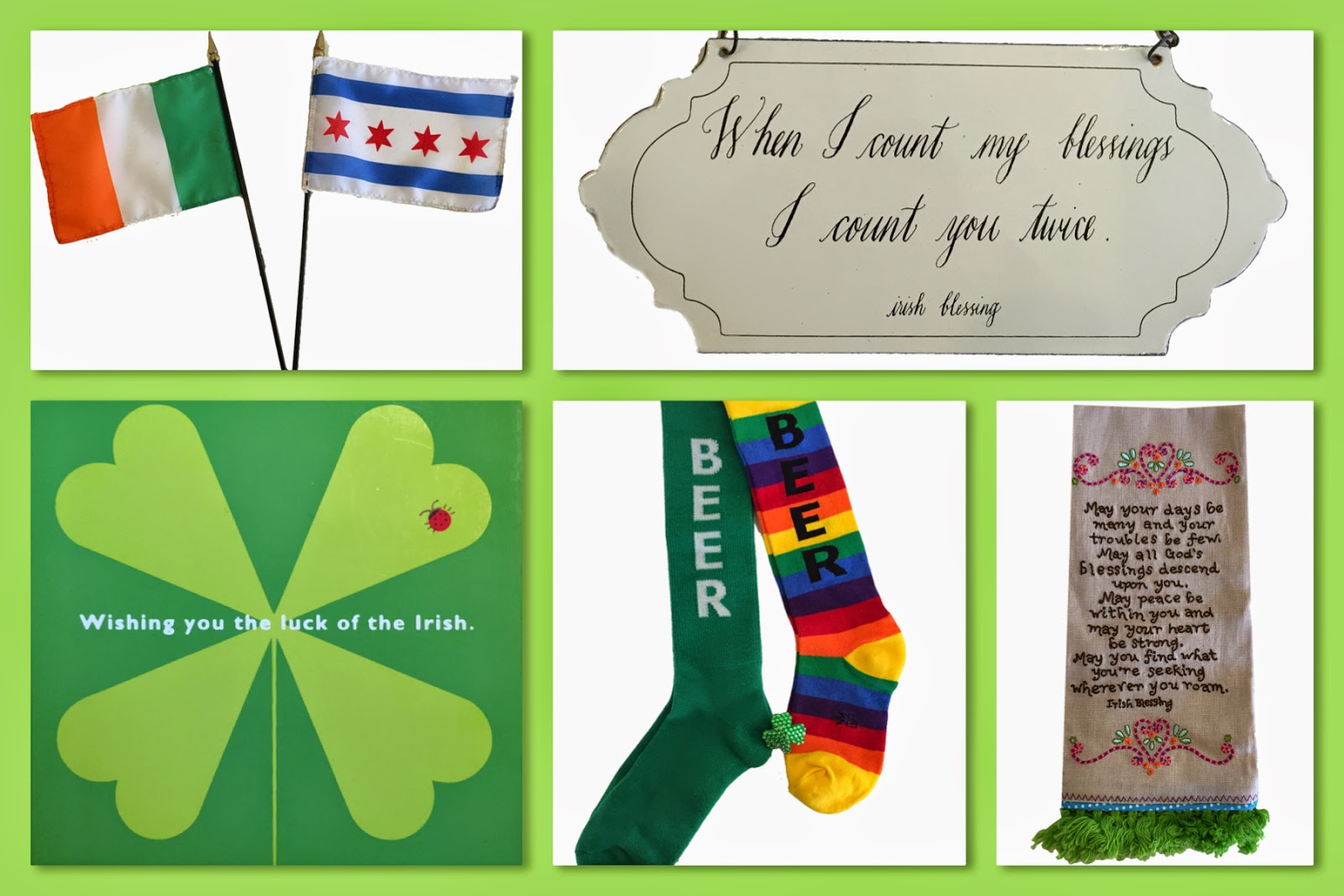 Reasons We #ENJOYChicago - #6 The Events

Starting in May, more than 400 neighborhood festivals will take place in the city. But Chicagoans with spring fever can’t wait that long. Luckily, no matter what you like celebrating, there’s likely a special event for it in Chicago—even in March.

Need more ideas? Check out TimeOut Chicago's 101 things to do in Chicago.

All copyrighted materials or trademarks on this Blog which are not owned by Urban General Store, Inc. are the property of their respective owners, who may or may not be affiliated with, sponsored by, or otherwise connected to ENJOY, AN URBAN GENERAL STORE or Urban General Store.

Reasons We #ENJOYChicago - #7 The Makers

Chicago is a city of Do’ers. The “City That Works” makes a lot of things–both real and virtual–that we and millions of people around the world love. 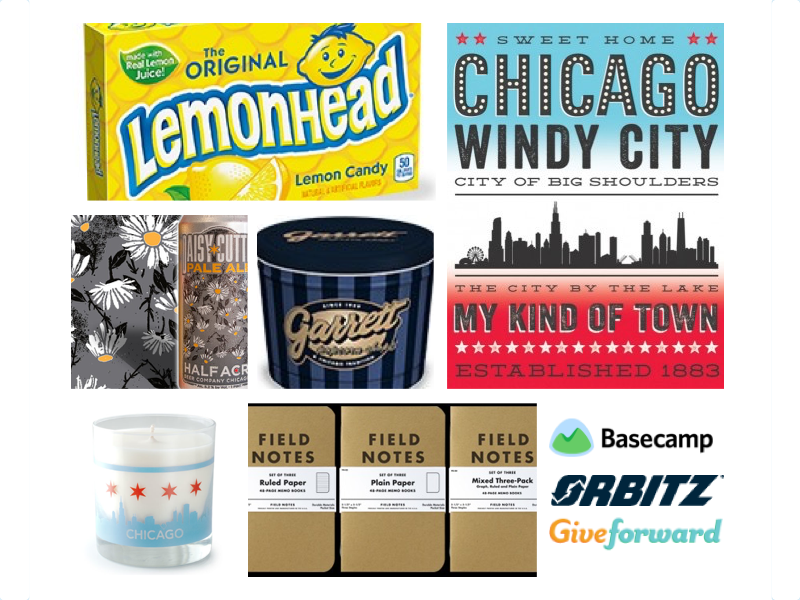 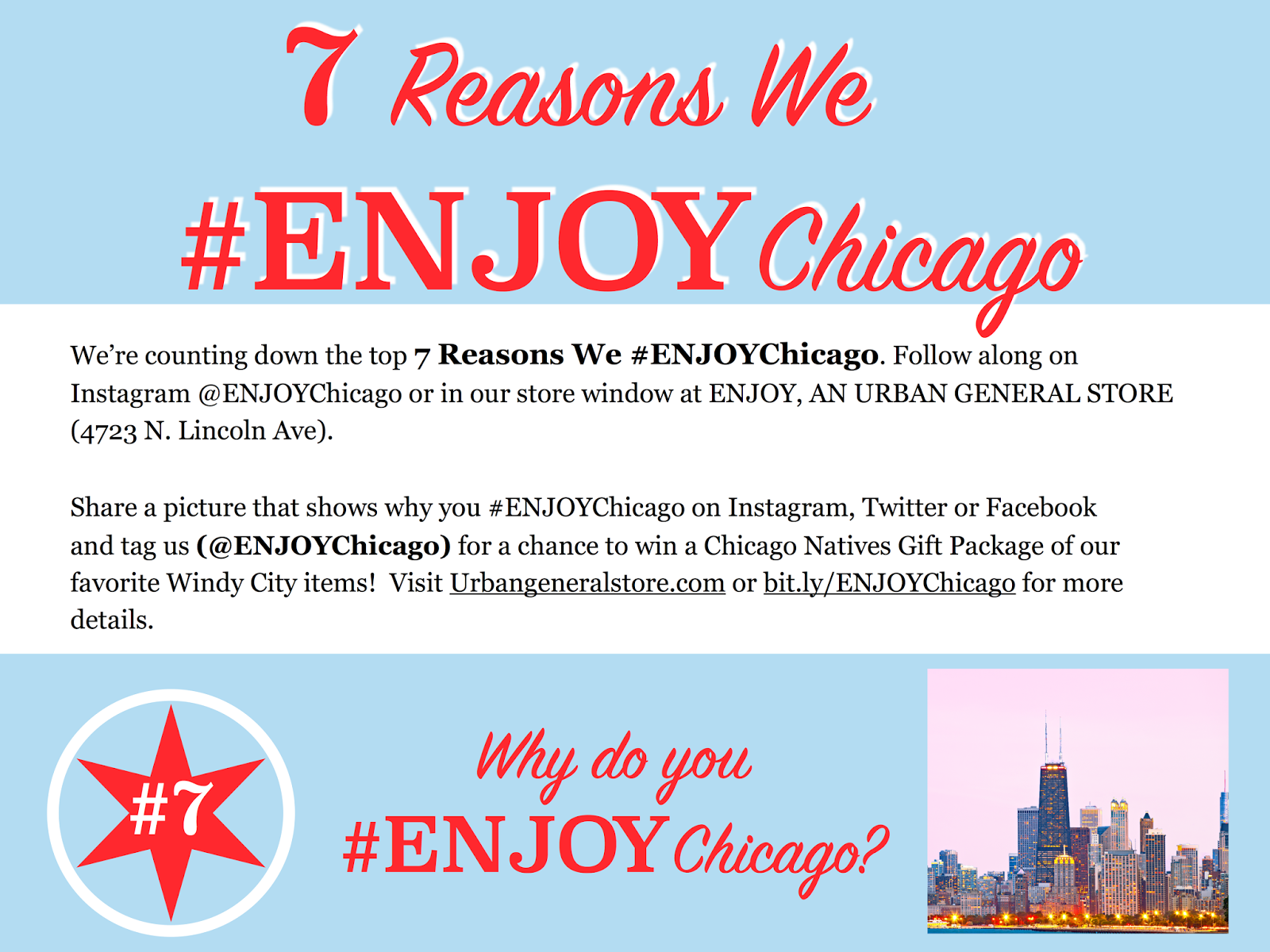 In celebration of the great city of Chicago, on the occasion of its 178th birthday (actually, its date of  incorporation March 4, 1837), ENJOY, AN URBAN GENERAL STORE, a specialty gift store at 4723 N. Lincoln Avenue in Chicago’s Lincoln Square neighborhood, will be running a social media campaign and photo contest highlighting the 7 Reasons We #ENJOYChicago. The campaign will start on Wednesday, March 4, 2015, and will run for seven weeks, culminating in mid-April 2015, with the #1 Reason (SPOILER ALERT: our neighborhood, Lincoln Square).

Each week ENJOY will feature Facebook, Instagram, or Twitter posts that highlight why we #ENJOYChicago. Posts will include links to local businesses, events, attractions, organizations and products. A Pinterest Board will feature items, too.


Customers and followers will be encouraged to share pictures of why they #ENJOYChicago on Facebook, Instagram, or Twitter. All photos that use the hashtag #ENJOYChicago and are tagged with @ENJOYChicago will be entered into a drawing to win a Chicago Natives Prize Package (valued at over $100). The winner will be announced in early May 2015, and the winner’s photo submission will be shared via ENJOY’s Instagram, Facebook and Twitter accounts and may be displayed in ENJOY’s shop window. Images tagged with #ENJOYChicago may also be reposted.

Links to products related to the “7 Reasons We #ENJOYChicago” can be found on ENJOY’s online home urbangeneralstore.com.

An in-store display will highlight each of the “7 Reasons We #ENJOY Chicago” every week, and featured “Chicago Natives” (www.urbangeneralstore.com/shop/browse-all/chicagonatives) items will also be on display at ENJOY, AN URBAN GENERAL STORE (4723 N. Lincoln Ave., Chicago, IL 60625).

All You Need Is Love (but a card and gift are nice, too)

VALENTINE'S DAY IS THIS WEEKEND


LOVE IS ALL YOU NEED

But what does your Valentine want?